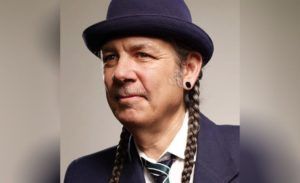 Steve DeAngelo is one of the marijuana industry’s most high-profile pioneers.

But earlier this month, DeAngelo and the Oakland, California-based company he co-founded in 2006, Harborside, formally parted ways. Moreover, the role of chair emeritus, which DeAngelo held starting in 2018, was eliminated.

“I wish Harborside the very best as it continues to promote wellness and destigmatize cannabis,” DeAngelo said in a statement posted on his website.

The announcement closed a significant chapter for the longtime cannabis activist-turned-businessman, who proudly notes Harborside was among the first medical marijuana dispensaries to secure a commercial cannabis license in the United States.

DeAngelo spent the past two years focusing mostly on the Last Prisoner Project, a charity dedicated to getting inmates convicted for marijuana-related crimes released from prison. The organization was recently the focus of a critical story in Politico, which DeAngelo called a “hit piece.”

Marijuana Business Daily caught up with DeAngelo recently to get more details about what might be next for him.

Why the formal split with Harborside, and how do you feel about the direction the company is taking?

I’m going to let the statement I put out stand where it is. I really said everything that I had to say in that statement about Harborside right now.

What’s next for you?

I will be continuing work with Last Prisoner Project.

My big news is that the podcasts that I’ve been doing for most of this year, Radio Free Cannabis, is now growing into a TV show.

So we’ll be going on to Social Club TV and Green Reine TV. We’ve got this worldwide network of activists who are the deepest, most hardcore cannabis people.

And we’ve got people from everywhere, from Southeast Asia, to Greece, to Ireland, all over South America.

We’ve created a platform for all of these folks to tell their stories and talk to each other. It’s kind of like “Democracy Now!” for cannabis.

Is there an overall goal, like taking legalization global?

There’s hundreds of millions of people around the world who have developed a relationship with cannabis.

The (United Nations) says there’s 260 million regular cannabis consumers. I think they’re off by a factor of three or four.

The mission of Radio Free Cannabis is to introduce the global cannabis tribe to itself.

Do you think that there’s going to be any new industry opportunities, or maybe some significant federal reforms coming now that the Democrats have won the White House, the Senate and the House?

I think that we will see federal reforms to the degree that the cannabis freedom movement continues to put pressure on our elected officials, and especially on the (President-elect Joe) Biden administration.

There’s an unfortunate pattern that that I’ve seen in my lifetime with the Democratic Party and cannabis, which is that during elections, they love us.

(But) after the election, we go to them and we usually get something like, “Oh, you know, it’s the first 100 days. We have these really high priorities. We’ve got to take care of them. Once we get beyond then, then we’ll focus on you.”

And our issue never gets addressed.

The war on cannabis has involved millions, tens of millions of Americans.

The idea is to to put (the Biden administration) on the spot. That’s an action that Biden can do on his own. He doesn’t need congressional approval.

I think it’s going to take that kind of bare-knuckles political work to to get the administration to be as aggressive as we want them to be on this issue.

It sounds like you’re skeptical Congress is going to get something like the SAFE Banking Act through and signed into law.

I think they might get the SAFE Banking Act through.

I think that there’s incremental changes that the Biden administration would accept.

They might even do this amnesty that I’m talking about. I think that what they’re going to shy away from doing is comprehensive federal cannabis reform.

Joe Biden’s position for a long time has been he’s in favor of federal decriminalization, meaning don’t arrest people for simple possession of cannabis who are on federal property, which is like six people a year or something.

(Vice President-elect) Kamala Harris is actually in favor of entirely taking cannabis out of the Controlled Substances Act.

My hope is that the Biden administration can be pushed into that position.

Do you want to make any comments about the story Politico ran a couple of weeks ago?

It was a hit piece. The reporter had an agenda. We actually gave her the names of several on-the-ground organizations that we work with. She called one of them, spent two minutes on the phone.

And once that person started talking about all the good things that they were doing with the Last Prisoner Project, she hopped off of the phone.

What I’ve learned is that you can’t be active in public life without getting a hit piece every now and then.

It doesn’t sound as if you’re really going to be in the industry anymore, like you were with Harborside.

No, I will. There’s two things that I’m interested in.

One is global cannabis. And the other is ESG (environmental, social and governance) opportunities.

There’s a big overlap between them. What’s important to me is that we build a cannabis industry that reflects the values this plant teaches us.

Everywhere you go around the world, you find that it’s the marginalized communities largely that had been growing the cannabis.

So I’m really interested in working globally to make sure that the traditional cannabis farmers around the world have an opportunity to participate in the legal market.

And then, here in the states, where we have an industry that’s pretty mature already.

I’m really interested in developing models that are going to allow us to solve some of the disparity that we’re seeing in the industry.

Right now, the diversity in the industry, certainly amongst boards of directors, has been going down substantially.

How do we fix that?

Most of those equity licensees don’t have the resources or the necessary skill set to successfully develop those licenses.

And, right now, basically their only source of funding is the angel investor, community investors who fund startups.

That segment of the investor community is a segment that needs a very, very high rate of return, because many startups fail.

And so they can (offer) very onerous terms sometimes, and it can be very challenging for the equity licensees to get the financing they need, or to develop a business model that’s going to be successful.

On the other hand, you have people who just need more support than they’re getting. It’s not that anybody from the equity communities are incapable of selling cannabis.

Many of them have been doing it for a long time. But they haven’t been given an opportunity to learn some of the skill set that are necessary to succeed.

There’s just not enough people who are providing the education, the support and the funding that’s needed. So I think that’s something that I can help with.

This interview has been edited for length and clarity.

John Schroyer can be reached at [email protected]