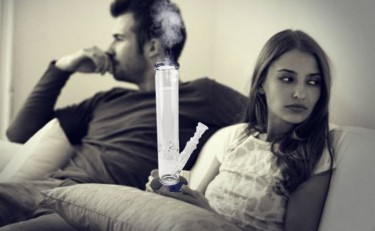 There is this belief that “those who smoke together stay together” but this is an infantile assumption. Of course, two people sharing a habit both enjoy does help in smoothing things over in a relationship`- but it isn’t a “sure thing” that your relationships will be awesome if you and your partner smoke weed.

The fact of the matter is that cannabis consumption can become a point of contention if one or the other feels like it is “affecting them”. However, cannabis can also be a great mediator – a means of cooling you off and allowing you to speak your mind without blowing up in the process.

I would argue that emotional immaturity is probably one of the biggest reasons why people split up and unless you and your partner are willing to put yourselves aside for a moment – no amount of weed can salvage a relationship of that sorts.

Yet this article is not about those who are unwilling – but for those couples who have been having a rough patch, they still care for one another – but something’s gotta give! Today we’ll take a look at scenarios where cannabis may be helpful and where it may be a hindrance coupled with some tips to help you mend those broken bridges.

With this past year, there have been more people clashing with their loved ones due to the exterior angst that has been tangible for quite some time. So don’t be too hard on yourself – take a deep breath and let’s get on with it.

Instances when Cannabis is helpful

Let’s say you’ve been having heated arguments with your partner, pointing out each other’s faults, pointing out how they had negatively affected you – continued engagement will only spiral into further chaos.

In these instances, it’s not a bad thing to call for a “toke break”. Even if you both have to smoke in separate places, it would probably serve in your best interests to calm down and recollect yourselves.

One thing that is very helpful in an argument is to ask yourself; “Is this what I want to communicate”? What is it that is really the point of contention? Pointing out people’s faults typically makes them defensive and thus, they put up a shield to protect themselves….just like you would.

And when both start hurling blame at each other – then no communication is happening. Taking a toke break and then coming back calm and collected is a good way to use cannabis in a fight to de-escalate.

Starting off with a joint

Another method of engaging with a partner you’re in conflict with is to simply start with a “Peace pipe”. Smoke one together without bringing up anything until both are good and high. But before you get there, you should also write down what it is exactly that’s bugging you.

You want to keep this to yourself until both parties are high. Then, start talking. Whoever goes first gets to express themselves completely. There are no interruptions until everything is laid out on the table. When it is done, the other partner asks whether everything has been said…if yes, then the roles switch.

The reason you have your paper is because once the flood gates are open, your mind will begin to think about responses to the daggers that have been thrown at you. Stay on point to what is written on the paper – this is the golden rule, because this is what particularly were bugging you at the time of starting the conversation.

Once everything has been said – then you can ask each other how they feel about each other’s responses. What is true? What is false? What can be fixed? What is unfixable?

These are the questions we need to be asking ourselves constantly – when you’re in a relationship with someone, it’s also important to know their boundaries and assumptions, their definitions and values.

When Weed is not helpful

If you’re getting baked to drown out the complaints of your partner – you’re using cannabis wrong my friend. Either look into your relationship with cannabis or into whether you want to be in a relationship at all.

Weed can be a pain point in a relationship when it becomes the “main avenue” or the “point of obsession”. But then – weed isn’t as much the problem as that your relationship is fundamentally based on a plant.

Weed becomes a problem when it becomes a coping mechanism for a toxic relationship. Rather, take a hard look at your current situation and truly ask yourself whether or not this person can grow alongside you and if you’d feel enthralled if they did.

Sometimes – winners know when to quit and if you’re knee deep in a toxic relationship, perhaps it’s time to take a toke of courage and end things. Of course – matters of the heart are never simple, but hopefully this gives you something to chew on.

Best of luck on the battlefield of love. 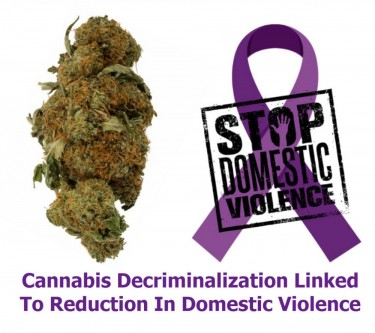 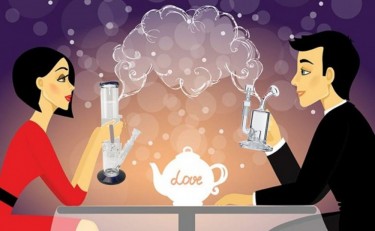 WHY YOU SHOULD TRY DATING A STONER ONCE OR TWICE, READ THIS!