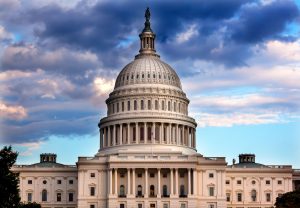 Yesterday as Congress prepared to undertake its role to verify the results of the 2020 presidential election a group of anarchists stormed the U.S. Capitol, vandalizing the buildings that we have walked in and worked in to advance our industry. They assaulted Capitol police officers, damaged federal (taxpayer’s) property and threatened lawmakers with violence. Those of us who worked with and supported this administration to advance hemp legislation and regulations see this disgraceful action of a few as an assault on everything we hold dear.

The event, which occurred mere blocks from the National Hemp Association’s D.C. office, is a disturbing attempt to undermine the will of American voters and the very democracy that guarantees our freedoms. NHA and its members support all Americans’ right to free speech and peaceful protest. However, acts of intimidation by people who fit the definition of terrorists have no place in this country, and cannot be condoned or brushed aside. Law enforcement should move swiftly to identify and prosecute those who have broken our laws. 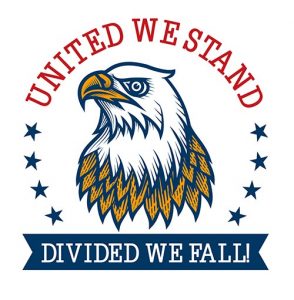 More than that, the events of the last days demonstrate just how fragile our democracy truly is. It doesn’t exist simply because it is written in our Constitution; it requires action on the part of everyone who is an American. Every day, we must commit to upholding our Constitution’s core tenets of social equality, liberty for all, a peaceful transfer of power and our proud sovereignty. We will be encouraging the NHA family to double down on our dedication to these ideals that we hold so dear.

During this chaos, it may not have been evident that Democrats clinched two more Senate seats after wins in Georgia’s run off elections on Tuesday, securing a majority in the U.S. Senate. As a result, once President-elect Joe Biden is inaugurated on January 20, Democrats will—for the first time since 2011—control the White House and both chambers of Congress.

With the Senate and the House both led by Democrats, President-elect Biden is better positioned to get his cabinet nominees approved swiftly and without much delay and pushback. Though he has already named many of his cabinet picks, including returning former USDA Secretary Vilsack to return to his former post, it will also give President-elect Biden the ability to nominate and put in place more progressive candidates and policy.

So what does this mean for AG and specifically the hemp industry? For one, our non-partisan policy positions us to continue to lead as the industry’s most trusted voice. It too means that our work with both sides of the aisle will provide us with access to the Democrats who will now chair all Senate committees, including the Senate Agriculture, Nutrition, and Forestry Committees. Senator Debbie Stabenow of Michigan, who currently serves as the minority ranking member and previously served as chair—and has been a big supporter of hemp—will likely return to chair the committee. She has indicated she would prioritize climate policy, including establishing a carbon credit system for farmers, legislation which the NHA will help draft, support and endorse.

On the House side, Representative David Scott will lead the Agriculture Committee. Scott has already laid out a number of his priorities for the upcoming congressional session, including establishing equity for Black farmers, addressing food insecurity, mitigating climate change, and bridging the urban/rural divide. These are all issues that are priorities of the NHA, and we look forward to working with the Committee to advance these together.

Finally, the NHA has been asked to provide input on the role hemp can play or contribute in Climate Change Policy, which is one of the four major policy areas of the Biden-Harris Transition Team focus. We are working to finalize that document in the coming week and are excited about working to see many of the opportunities outlined within this document being incorporated into the new Administration’s policies.

We remain committed to Pushing Progress!