The result of the cannabis referendum failing to get through will mean, over time, it will be harder to police these issues in New Zealand. Evidenced by the fact that the image we chose for this story was pulled from the Ali Baba site. Note the price! 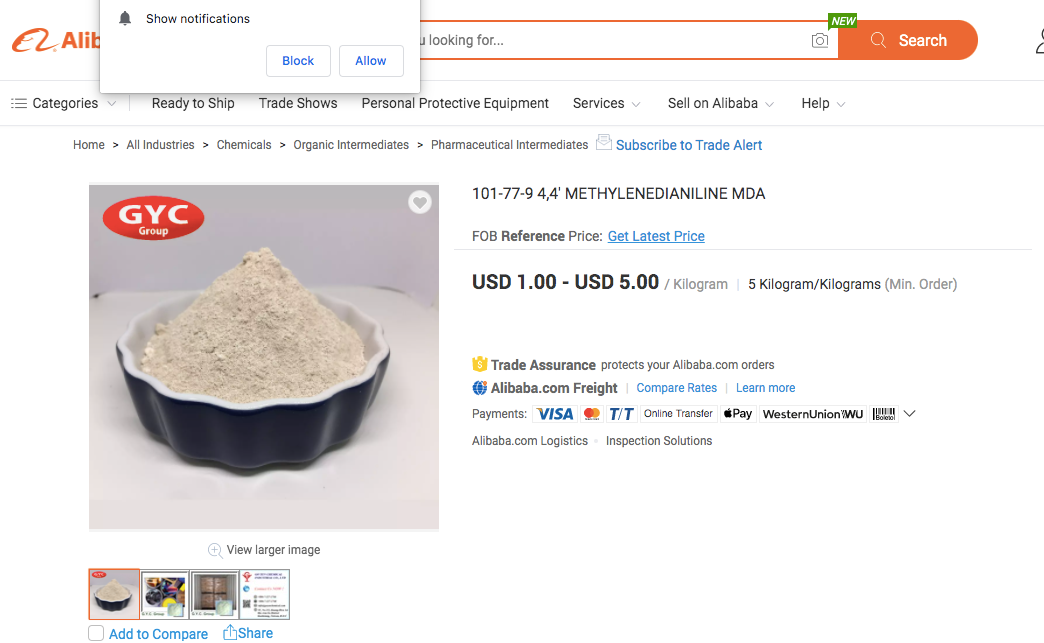 Fresh advice has been issued to drug users over a toxic industrial chemical being sold in place of MDMA in Auckland.

Harm reduction service Know Your Stuff has responded to a number of queries about methylenedianiline and offered a solution for users looking to see if they have obtained tainted drugs.

The alarm about the chemical was first raised last month, through the drug early warning website High Alert.

They warned that the chemical has been linked to several poisoning cases in Auckland where the patients suffered liver damage.

“High Alert strongly urges people not to take this substance at all. It does not have the effects of MDMA and taking it can lead to severe harm,” they said last month.

“It does not have the effects of MDMA and taking it can lead to severe harm.”

Methylenedianiline is listed as a “substance of very high concern” by the European Chemicals Agency (ECHA) and is entirely non-psychoactive.

It is used in the production of polyurethanes and is toxic to humans, particularly in the liver.

The limited information available on its effects on people’s health shows that it can cause skin irritation and liver damage, as well as abdominal pain.

Other symptoms can include vomiting, fever, or jaundice.