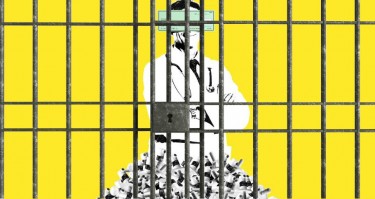 Purdue Pharma, a major pharmaceutical company that is responsible for manufacturing Oxycontin, a deadly opiate that contributed to the opioid epidemic, plead guilty to 3 criminal charges last month to complete a settlement of over $8 billion, says the US Justice Department. The complaints were filed in a New Jersey federal court, to three counts and one of them is taking part in a conspiracy to defraud the US while violating federal anti-kickback regulations.

The controversial pharmaceutical company is owned by the Sackler family, though none of them, not even any executives of the firm, are going to be released from criminal liability. The case is currently the highest-profile of its kind where the federal government tries to hold a major pharmaceutical company responsible for the widespread opioid crisis that has claimed almost half a million lives over the last decade.

But that $8 billion is nowhere close to enough – it will never bring back the people who have died, or turn the lives around of their families who were affected and lost their livelihoods due to the addiction. While this is good news, we need to remember that we should never give up the fight in ensuring that those responsible DO take full accountability for the harms that they have caused individuals, families, and societies as a whole – but sadly it’s a much more complex issue than that. Additionally, the arrest doesn’t offer any practical solutions to people who are already suffering from opioid addiction.

Purdue will be admitting that they reported misleading information to the DEA just to increase their bottom line. According to a justice official, Purdue was “disregarding red flags their own systems were sending up.” They also admitted to utilizing a speaker’s program in order to breach anti-kickback laws, and paid doctors so that they would write more prescriptions for their opioid drugs. They also manipulated health software in order to prescribe more pain medicines.

They also admitted that they broke federal law, “knowingly and intentionally conspired and agreed with others to aid and abet” the distribution of opioids from medical professionals “without a legitimate medical purpose and outside the usual course of professional practice,” reads a plea agreement that the AP got a hold of.

The deal will involve them paying the government directly $225 million, part of the $2 billion criminal forfeiture aside from a $3.54 billion crime fine. They also agreed to paying $2.8 billion for damages though they don’t have the $8 billion in cash needed to pay the penalty so they agreed to convert into a public benefit company enabling them to be fueled by a trust required to balance their interests with those of the American people.

The new company will not include the wealthy Sackler family. However, it’s good to note that a portion of the settlement money will be going towards treatment assistance as well as programs that fight the opioid epidemic.

It isn’t surprising that Purdue along with other big names in pharma were against the legalization of cannabis. After all, those lives meant nothing to them for as long as they were able to increase their bottom line; that’s all they were really concerned about.

In 2014, Purdue Pharma together with Abbott Laboratories, who manufactured Oxycontin and Vicodin respectively, contributed to the efforts of the Anti-Drug Coalition of America, who has been the beneficiary of over $2.5 million in federal funding to fight cannabis legalization. Though they say that they are committed to a “world of safe, healthy and drug-free communities,” they’ve specifically picked on cannabis, which is a major contradiction to what they stand for as a cause.

Naturally, cannabis has been proven to be one of the most effective, safe, and natural painkillers out there, and companies like Purdue would not benefit in any shape, way, or form from its legalization. In fact, a report found that Big Pharma could lose $4 billion EACH YEAR if cannabis became legal medicinally in every single state. The findings were based from a study conducted by the University of Georgia, which also found that pharmaceutical companies are already bleeding $166 billion annually in states where cannabis is legal.

The pharmaceutical industry is one of the most lucrative in the world, so it seems like when they go against something as seemingly harmless as a plant, it could be ridiculous at first. Can a humble little plant like cannabis actually have the power to bring down Big Pharma?

With cannabis legalization only continuing to gain momentum, more people discover that there are many more ways they can cure themselves of ailments without having to shell out a fortune to pharmaceutical businesses.

But more importantly, when we shift where we spend our money from pharma to cannabis, it also represents a huge shift in how we think. We no longer have to rely on massive companies and instead go back to nature, to tried and tested methods that have worked for centuries for our ancestors alongside a solid body of evidence that cannabis can do what prescriptions drugs too, but better and without any side effects.

The pharmaceutical industry doesn’t look like it’s going away anytime soon, but cases like Purdue’s help increase awareness, opening our eyes to the lies sold to us every single day by people who want to make money while sacrificing the wellbeing of humans. 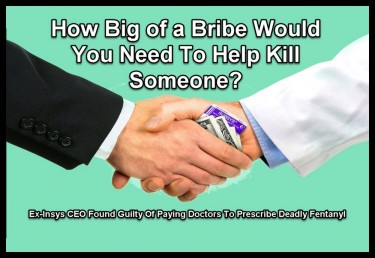 HOW MUCH WOULD BIG PHARMA PAY YOU TO KILL SOMEONE? 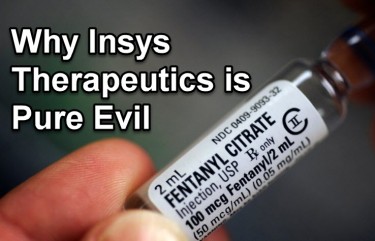 WHY INSYS IS PURE EVIL AND WILL END UP IN JAIL, TOO!