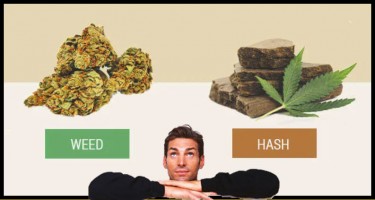 Newbies often use marijuana and hash interchangeably, the majority believe that both words mean the same thing. However, contrary to what most think, they mean completely different things. Marijuana is called a lot of different names, referred to via different terms but hash isn’t one. Although a lot of similarities exist between both substance, there are also a host of differences that distinguishes them.

There are a different number of ways to produce hash which results in different types of products. Moroccan and Afghan hash Is produced by using sieves to separate trichomes from dried cannabis plant material. After passing through the sieves, the produced kief is heated and pressed to give a potent concentrate.

Indian hash, or charas, is produced by separating the trichomes with the use of hands. The cannabis buds are rolled between hands and the trichomes are removed due to friction and heat. The dark product is rolled into balls to give charas. It should be noted that some types of hash are produced with the use of solvents.

A closer look at Marijuana?

Marijuana is the derived plant material from the dried cannabis plant. The flowers of the cannabis plant are dried and cured to varying levels depending on the intended mode of application. It can be smoked, cooked, or converted into concentrates. Marijuana is usually greenish or slightly gray. It is called different names such as pot, weed, skunk, ganja, among many others.

There are different strains of cannabis and each has unique characteristics like aroma and flavor, potency, etc. It should be noted that Sativa and Indica are the two most dominant strains. Sativa cannabis strains due to a higher level of THC in comparison with CBD give rise to an energy-filled euphoric high while Indica cannabis strains with a higher level of CBD tend to give a calm and more relaxed feeling. Hybrids of both strains give rise to different types of effects depending on the levels of CBD and THC.

What are the similarities between Marijuana and Hash?

Origin – Both are derived from the cannabis plant and contain similar plant molecules such as cannabinoids, flavonoids, and terpenes.

Effects – They both give users similar effects like euphoric and elevated moods, relaxed and calm moods, and increased appetite.

Legality – Despite the legalization of marijuana in some states for both recreational and medical use, both are still classified as illegal federally in the United States.

What are the differences between Marijuana and Hash?

One major difference between marijuana and hash is the process of production. Marijuana is not treated to a large degree in comparison to hash.

Cannabis plants are either grown indoors or outdoors and provided the necessary factors to aid growth are present, the plants give a high yield. The buds of the plant are harvested after the flowering stage which is usually between the 7th and 11th week. The cannabis plant is dried and cured to help improve its maturity, potency, and flavor.

Hash requires several specific steps for production. As earlier stated, the processed marijuana product is produced through a number of ways which largely involves the separation of trichomes from the cannabis buds followed by careful treatment. Bubble hash is a form of hash that is produced using ice water and physical agitation. There are various forms of hash which largely depend on the method of production.

Another distinct difference that exists between marijuana and hash is the flavor. Marijuana has a fresh and herbal flavor which can be fruity depending on the specific cannabis strain used. Hash on the other hand has a complex, rich, and spicy flavor. The flavor of hash largely depends on the way the hash is produced. It should be noted that the method of production also affects the color, aroma, and a lot of other physical characteristics.

Unlike hash, marijuana can be used in a myriad of ways. Hash and marijuana can be smoked, vaporized, and used for preparing different types of edibles. However, marijuana has a lesser concentration of THC so it can be used to create more concentrates. It can also be used in the production of oils, tincture, and topical creams for medical purposes. Marijuana also possesses medical properties that makes it valuable in the therapeutic world. It is used in the treatment of a lot of medical conditions including pain, seizures, depression, anxiety, cancer, insomnia, migraines, and so on.

Hash and marijuana are two totally different substances. Hash is way more potent, a small quantity is sufficient enough to produce really strong effects. It is therefore advisable that only experienced users try hash. New users of hash should start with small doses.

WHAT IS HASH, READ MORE… 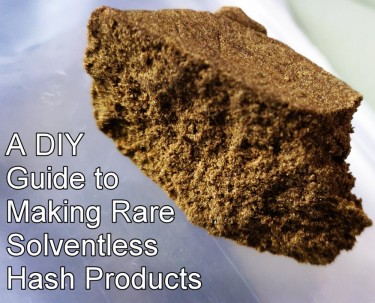 HOW TO MAKE SOLVENTLESS HASH PRODUCTS, READ THIS! 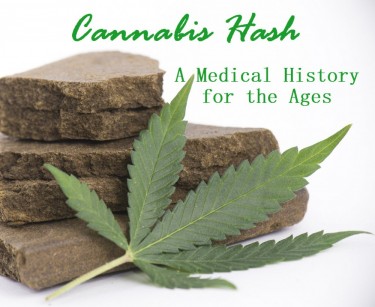 MARIJUANA HASH – THE HISTORY AND ORIGINS OF HASH, READ HERE!